Locks Down and Quarantine Queens: Thoughts on Gender and Hair Fixation During a Global Pandemic 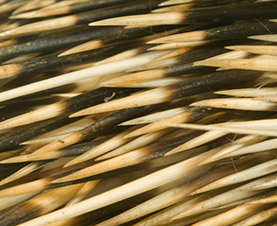 When losing means everything and nothing

I have been having contradictory feelings about loss and Covid-19.

On the one hand there is a sense that the virus has caused so many losses. Not only the obvious loss of life, or the losses of economic and other forms of certainty (noting certainty is ephemeral anyway), or the loss of hope that we cling to in times of difficulty; but on the other hand there is a sense that people who have got nothing left to lose just don’t care. They don’t care if they get infected, they don’t care if they fall foul of the law and various lockdown restrictions (becoming ever more convoluted as we move into a “staged” lockdown process), and frankly they may not even care if they die. To be blunt, and hopefully not patronising, if you have nothing to lose, the pain of loss means nothing to you. It’s a luxury to entertain hope when hope has not brought the things you need to live a dignified life.

The losses, and their associated grieving processes around Covid-19, are by now well documented[1], and they include not only loss of life, income, normality and hope, they include anticipatory loss as one contemplates what might lie ahead.

Elisabeth Kübler-Ross developed what has become orthodoxy around “stages” of loss[2]. More properly viewed as episodes or affective states which can occur in any order or even overlap, they include denial, anger, bargaining, depression and acceptance, as responses to loss. And in recent times a sixth stage has been postulated, meaning, which refers to ways in which we integrate a loss experience into our belief system and world view.

As someone who has worked with these themes very productively over the years, including work I have done through the HIV epidemic, I find them a useful “hook” for clients (and partners and family) to understand how they are coping with the swirling emotions around losing someone or something which is dear. Sometimes counselling involves “psycho-education”, taking a client through explanations of psychological ideas. When I drew the “stages of loss” on a piece of paper for a client, this became a transitional object for her, something she could literally hold on to, to carry her through her daily journey of grieving.

I attended a loss workshop conducted by Kübler-Ross, in the early 1990s. It was a revelation. Participants were invited to sit next to Elisabeth and encouraged, as we all sat in a watchful circle, to go back to the very core of their loss, accompanied by what I can only describe as unearthly and haunting wails and sobs. It was a frightening and unsettling experience – needless to say, this much more private and restrained person did not make use of this technique, certainly not in front of all those people, but I shed a lot of tears anyway. It is impossible to be unmoved by so much grief, especially when it is as shockingly performative as it was in that workshop. One can debate the usefulness of these rituals – I am a believer in “getting feelings out” – but sometimes if it is uncontained or feels gratuitous, more harm can be done.

The workshop also revealed things about Kübler-Ross herself. She had an inner core of steel. I guess you had to, to manage that amount of raw pain, and some of her utterances felt chilling, reflecting an unyielding adherence to particular views about the “work” one had to do to process loss. In her Swiss-German accent, Kübler-Ross’s pronunciation of “work” came out at as “vurrk” – it felt like an instruction rather than a suggestion.

One anecdote she shared stays with me to this day.

She described her own mother as a very controlling person, unwilling and unable to accept and receive help. In her last months, her mother had had a stroke and was thus completely dependent on others. “This was her vurrk” said Elisabeth, somewhat ominously. Did I sense schadenfreude?

Ironically, she herself suffered a series of strokes in her old age and she reportedly expressed bitterness that her readiness to die was going unfulfilled.[3] While regarded as a pioneer in her work around death and dying, Kübler-Ross’s later years were also associated with increasing eccentricity: she became fascinated with near-death experiences and an advocate for people’s stories of seeing a shining light and familiar faces; and she fell under the spell of a psychic channeller in California. Subsequently she renounced the psychic, but had damaged her scientific reputation.

This essay is not an attempt to discredit Kübler-Ross: her own story is complex – her father was allegedly cruel as a parent, a visit to a Nazi concentration camp in Poland after the war left a lasting impression on her, and my recollection of her anecdote about her mother suggests unresolved feelings. In spite of, or because of, this history, she was able to humanise the dying person and her work contributed to the development of the hospice movement.

But it is worth considering if the unquestioned orthodoxy of Kübler-Ross’s stage theory offers an opportunity to revisit her ideas and suggests new ways of thinking about loss and our response to Covid-19.

An essay by Jesús Rodríguez Sánchez[4] offers some critique – this almost feels sacrilegious, but it is necessary: the loss stages are ubiquitous in Covid-19 analyses, which rely on popular notions which have become part of everyday language.

Firstly, while Kübler-Ross expanded her ideas over time and insisted the stages were not sequential, much of the early visual representation belied this. This speaks to a desire for explanatory order and patient classification: as a medical doctor and psychiatrist she would have absorbed some of the culture of biomedicine. And this order, once imposed on a patient, has clinical implications. I recall working in an HIV clinic in the late 1980s where a clinician said to me “this patient is in denial, you have to get him out of it today”. To him, the stages were mechanistic, inevitable and sequential. A person with HIV “in denial” was a danger to himself and others, and the counsellor was the mechanic of the brain who had to “fix” the problem.

As Sanchez’s essay notes, what this presents is the temptation to engineer the process of dying for patients: “our expectations become shaped by the progressivist philosophy in such way that the genuine experiences of dying are pre-empted by our sense of how people ought to die. The progressivist philosophy carries an implicit norm, such that we even feel an obligation to move the dying along – to get them through denial, anger, bargaining and depression to acceptance. We feel frustrated, cheated, or that we have failed if this does not happen. We become obsessed with the stages as normative protocol [and] we are treating dying as a technical problem.”

Furthermore, Sanchez’s essay notes the implicit valuing of the “good dying patient”, one who accepts death with serenity or calmness, as befits the stage of acceptance. There is neatness and an “aesthetics of death” which is favoured here: “a bias that makes [the] acceptance [stage] morally desirable, and places an obligation on health care professionals to realize it in their patients… the tranquil, accepting dying person causes no disturbances and is simple to manage.”

The aesthetic implications are thus: the model is an attempt at “tidiness”; to label and control the experience of the dying person. In the words of Larry Churchill (in Sanchez) “Far more important than any reservations we might have about the progressivist philosophy of dying or the achievement of an aesthetically pleasing death is the fact that the stages provide labels to place upon the dying person. The effect of the labels is to categorise and control – to manage not only the dying person (who is ‘out of control’ by Western technocratic standards), but to control the meaning of the experiences as well.”

Sanchez’s final critique is around scholarship – he notes seminal texts on dying which Kübler-Ross either did not know about or eschewed in favour of interviews with, and observations of, terminally ill people.[5] Of course rigorous in-depth observation is a powerful source of information and commonplace in qualitative research, but it is interesting that Kübler-Ross privileged her own observations over those of her predecessors.

As we sit today with the global Covid-19 phenomenon, observation is a key part of understanding not only the physiology of the virus but the social and political response to it. It is crucial to bolster these observations with other forms of evidence and enquiry: what do previous epidemics tell us, how do we understand regional and global variations, what do we know about human and social behaviour that can help us respond in ways which are helpful and tolerable?

We now think about loss, death and dying in orthodox ways, often neglecting to think about variables of belief system, age, race, culture, and historical period.  In the same way that Kübler-Ross’s work may have contributed to an aesthetics of dying – a “tranquil, accepting dying person causes no disturbances and is simple to manage” – I wonder if we are seeing the rise of a “Covid aesthetics”; the tranquil, accepting citizen who causes no disturbances and is simple to manage? The corollary of this is the restless, questioning citizen who is framed as “difficult”.

This good citizen accepts the loss of civil liberties and accepts the bona fides of the State, they go along with lockdown requirements, the orthodox view of an appropriate Covid response. I am not suggesting here that our response is the wrong one, but I am interested in the aesthetics of compliant citizenship. It would be an understatement to say that such compliance is breaking down. What if the excessive loss of life bred indifference, what if those who had nothing to lose feared short term starvation rather than a medium term and not inevitable death? What if we wanted a pleasing and ordered response from our citizenry to satisfy needs for control? What if this became an end in itself, morally desirable and normative? Anything else is unpatriotic, it might be said, not good for the collective.

In some ways the lockdown stages and our response to them (we are in denial that we have to go without for much longer; we are angry when we can buy winter pyjamas but not sleeping shorts; we try bargain with the state by saying “you can have your smokes but give us our alcohol”; we slump into the sofa when we realise nothing will ever be the same; and we reluctantly accept that there is nothing we can do against the power of the state) echo Kübler-Ross’s, they are a somewhat mechanistic view of a complex humanity. But they have failed to control the meanings we bring to this experience. It would be powerful, and I argue it is necessary, to deepen our understanding of these meanings. 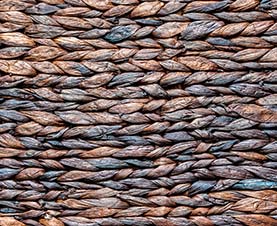 Give a woman a fish 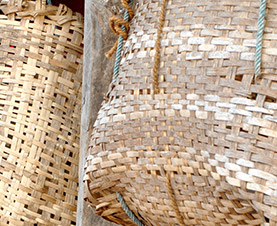 Ubuntu and solidarity in times of Covid-19: Challenges and contradictions as communities grapple with ways of being and doing during a pandemic 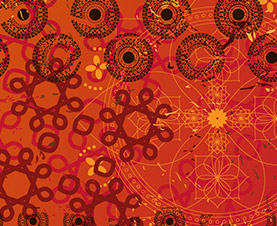